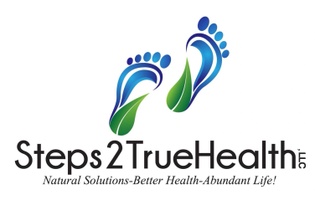 Diana has been in practice in the Austin, TX area since 2003.

Diana has been in practice in the Austin, TX area since 2003.  Her clientele and service offerings have been built  through hard work, continuous training, and client referrals.  She offices from her home in northwest Austin and her studio provides a warm, safe, welcoming and peaceful retreat.

Most recently, Diana studied RLD (Reflexology Lymph Drainage) under Sally Kay of Dublin, Ireland.  Sally and RLD have been recognized by the American Lymphodema Society for it's contribution to the cause.

TRA is a statewide professional association for Reflexologists practicing in Texas.   It is a resource for the practice of Reflexology and it provides a directory of certified practitioners as well as schools and links to national organizations and practitioners throughout the United States.

ARCB Nationally Board Certified Reflexologist #B01530

ARCB Nationally Board Certified Reflexologist #B01530

ARCB certification provides recognition on the national level of having met core educational and skill standards within the field.

National certification assures the public and clients that the Reflexologist has met the core standards that have been established for the practice of reflexology in the US.  It differentiates the ARCB Certifi

ARCB certification provides recognition on the national level of having met core educational and skill standards within the field.

National certification assures the public and clients that the Reflexologist has met the core standards that have been established for the practice of reflexology in the US.  It differentiates the ARCB Certified Reflexologist as serious about being a professional in this field, upholding a high standard of competency, and raising the educational bar.  It distinguishes the professional from the non-professional, setting apart and bringing credibility to the practitioner who is committed to excellence.  It promotes recognition of the field of reflexology as a serious, viable and unique complementary modality.

Reflexology Lymph Drainage (RLD) is a multi award winning, evidence based reflexology technique, originally researched and developed by Sally Kay.   Sally and her RLD protocol have been recognized by the American Lymphodema Society.

Tony spent many years promoting reflexology Internationally with Dwight Byers of the International Institute of Reflexology.   Experience taught him that another dimension was needed to make the therapy even more therapeutically effective.

Tony's ART techniques proved so successful that his work came to the attention of a leading London Gynaecologist, who found that Tony’s techniques were helping some of his patients who were not responding to Allopathic treatment.  A pilot study was set up at a London hospital to monitor the results which proved to be immensely successful.

“It is my mission, and that of the ART tutors, to demonstrate to reflexologists and the public everywhere, the huge difference between the generally accepted image of reflexology as a gentle, relaxing, beauty type of therapy, with that of proper, authoritative, professional, therapeutically effective reflexology. There is a huge difference between a properly trained reflexologist-particularly someone who has attended post-graduate ART Training, and someone who gives a feeble foot massage and calls it Reflexology.”
-Anthony Porter

THE AMERICAN ACADEMY OF REFLEXOLOGY

In 2008 I had the fortune of being abel to attend Bill Flocco's  Integrated Foot/Hand/Ear Integrated Reflexology workshop.

Independently, foot, hand and ear reflexology are all effective non-invasive modalities which stimulate neural pathways to help balance the body, mind and spirit.

Combining foot, hand & ear reflexology into the same  session, however, results in a synergy that will take the clients' results to a whole new level of relaxation and pain relief.

Bill Flocco , along with an associate who was a Ph.D., conducted and published the first Reflexology Research Study to be published in scientific medical literature, Randomized Controlled Study of Premenstrual Symptoms Treated With Ear, Hand, Foot Reflexology, December issue of the Journal Obstetrics & Gynecology.

Through the years Bill has spread the Integration of Foot/Hand/Ear Reflexology to China where he has taught over 1,800 Foot Reflexologists, hundreds of whom were also Medical Doctors,

In 2005, after two years of study (while working a full-time job and helping my husband with his business) I completed the IIR 200-hour Reflexology Certification Program under Dwight D. Byers, the world’s leading authority in the “Ingham Method” of Reflexology.

Dwight is the nephew of the late Eunice Ingham, known as the “Mother of Reflexology” in the U.S. back in the 1930's.